World War II Today: July 26: The following events occurred on this date during the course of World War 2. 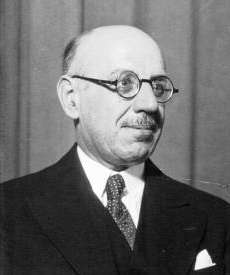 1941
Three Soviet armies are encircled and destroyed in the Mogilev area.

3,800 Jews killed during a pogrom by Lithuanians in Kovno.

By Presidential order, all Japanese assets in the US are frozen, and all shipments of metal and petroleum are stopped.

British notice of denunciation of commercial agreements with Japan.

The Flying Tigers: the  First American Volunteer Group (AVG) of the Chinese Air Force in China under Chennault with 100 planes.

Proposal made for a neutral Indochina.

1942
An Australian attack at Alamein fails and the Eighth Army goes over to the defensive after taking 7,000 Axis prisoners. This concludes the first battle of El Alamein.

Army Group A begins its advance from Rostov and the lower Don toward the Caucasus region.

1943
Marshal Badoglio is appointed head of Italy by the Italian King after the arrest of Benito Mussolini. The Marshal immediately excludes all Fascists from his new cabinet and dissolves the Fascist Party.

A number of Waffen SS divisions are ordered to be transferred from Russia to Italy, but only the 1st SS Panzer Division is actually redeployed.

1944
Narva is finally captured by the Red Army. The Russians reach the Estonian border.

President Roosevelt arrives in Hawaii for a conference on Pacific strategy with Gen. Douglas MacArthur and Admiral Chester Nimitz. FDR authorizes MacArthur’s plan to liberate the Philippines instead of bypassing them, as desired by the Navy and Nimitz.

1945
Components of the Atomic Bomb “Little Boy” are unloaded at Tinian Island in the South Pacific.