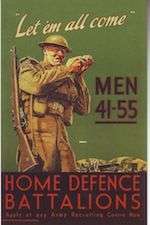 Chancellor of the Exchequer Sir Kingsley Wood announces third War Budget: income lax up 1d to 8s 6d in the £, beer up 1d a pint, purchase tax introduced for first time at 33% on luxuries, war expenditure for the next year estimated at £3,470,000,000.

Secretary of War announces that Local Defense Volunteers to be called the Home Guard, more than 1,300,000 now enrolled.

The Soviets officially absorbs Lithuania, Latvia and Estonia into the Soviet union, as per the Soviet-German non-aggression pact.

Brest-Litovsk is taken by German troops after a month-long siege.

The Japanese extend their occupation across the whole of Indochina, as agreed with Vichy France.

Hitler, dissatisfied by what he viewed as von Bocks tardiness since the beginning of the summer offensive, dismisses him from command of Army Group B, dissolves his command HQ and gives command of Army Group B to von Weichs. Hitler also issues Directive No. 45 for Operation ‘Brunswick’, the capture of the Caucasus. Army Group A, once having destroyed the enemy in the Rostov area, was to secure the entire eastern coastline of the Black Sea, simultaneously capturing Maikop and Grozny and the advance to Baku. Army Group B would continue east to seize Stalingrad and the advance down the Volga to Astrakhan. This meant that the two would advance on diverging axes and a large gap would develop between them. This was aggravated by the return of Hoth’s 4th Panzer Army to Army Group B. Marshal Timoshenko is removed from command of the Stalingrad Front and replaced by General Gordov.

Treblinka extermination camp opened in occupied Poland, east of Warsaw. The camp is fitted with two buildings containing 10 gas chambers, each holding 200 persons. Carbon monoxide gas is piped in from engines placed outsideÂ the chamber, but Zyklon-B will later be substituted. Bodies are burned in open pits.

1943
Soviet forces continue their advance into the Orel salient.

1944
“Deutsche Gruss”, the Nazi form of salute, is introduced in to the Wehrmacht in the wake of the July 20th bombÂ plot against Adolf Hitler.

The Russians take Pskov, 150 miles to the South West of Leningrad on Estonian border. Heavy street fighting isÂ reported from Lublin in Poland.

1945
The Allies launch a massive 36-hour air and sea bombardment of Kure naval base and other ports on the Japanese coast from Osaka to Nagoya, sinking and escort carrier and 12 other warships, as well as 84 cargo vessels sunk orÂ damaged and over 200 planes destroyed or damaged.