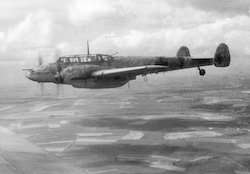 Luftwaffe night-fighters (Me 110s) first shoot down a British plane.

President Roosevelt signs the ‘Two Ocean Navy Expansion Act’. This was the first step in preparing America for war against either Germany or Japan, or both. 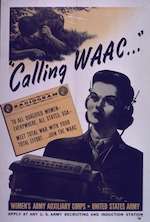 Mussolini temporarily abandons his ‘Victory March on Cairo’ and returns to Rome.

The Russians recapture the bridgehead at Voronezh on the Don.

The Headquarters of MacArthur’s southwest Pacific theatre moves from Melbourne to Brisbane.

US forms First Special Service Force (FSSF) under Col. Robert Frederick as a commando unit with both US & Canadian troops.

The Canadians start to push around Mt. Etna as Catania drive falters.

HMAS Hobart is put out of action by a torpedo attack from a Japanese submarine west of New Hebrides.

1944
Adolf Hitler suffers only minor cuts when a bomb explodes in the office of his Wolf’s Lair fortress. The bomb has been planted by Lieutenant Colonel Count Claus von Stauffenberg, who is caught and executed in under twenty four hours.

French troops begin their withdrawal from the Italian front, ready for the invasion of Southern France.