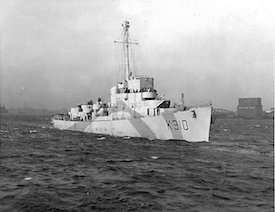 The Japanese foreign minister, Yosuke Matsuoka is replaced by a moderate. New Japanese Cabinet has four generals and three admirals.

1942
The German Me-262, the first jet-propelled aircraft to fly in combat, makes its first flight.

Hitler changes his mind and orders Army Group B to resume its offensive towards Stalingrad. However, as almost all the German Army had be transferred to Army Group A, the advance was left to Paulus’s 6th Army which had been reinforced by a panzer and an infantry Corps. The remaining panzers with Army Group A were ordered to thrust south over the lower Don on a broad front.

The Germans say Cologne is in a state of chaos after allied raids.

The U.S. XIX Corps capture St. Lo, but has suffered 6,000 casualties since the 11th July. Montgomery launches Operation ‘Goodwood’ 40 miles east of Caen. However, VIII Corps is stopped with loss of 200 tanks and 1,500 men after the ‘death ride of the armored divisions’, which also destroys 109 Panzer’s.

The First Belorussian front attacks, with six armies and 1,600 aircraft from Kovel across the Bug towards Lublin.

Buffeted by more than two years of military and naval defeats, Gen. Hideki Tojo is forced to resign his offices of prime minister, war minister and chief of the Imperial General Staff. While Tojo’s removal strengthens somewhat the elements of the Japanese government inclined to seek peace, Tokyo’s official policy of fighting to the end remains unchanged.

1945
Honda’s attempt to break out in Burma begins in earnest.