The British submarine Starfish was sunk in the Heligoland Bight by German minesweeper trawlers.

1941
The Avro Manchester III makes its first flight equipped with four Rolls-Royce Merlin engines in place of the two Rolls-Royce Vultures used on earlier marks. Ordered into production as the Lancaster, it becomes possibly the most famous RAF bomber of all time, after bearing the brunt of the Bomber Command offensive in Europe.

Hitler held a conference with his generals to discuss plans to attack the Soviet Union. Hitler said that German success in Russia would encourage Japan to attack the United States, thus keeping the Americans too occupied to get involved in the war in Europe.

1942
Japanese troops launch an attack against the eastern side of the Santa Rosa-Natib defence line on Bataan, making some gains, although US-Filipino counter-attacks forces them back to their start-line.

Soviets begin offensive at Moscow and Smolensk (Battle of the Valdai Hills).

In Malaya, British begin withdrawal into Johore to protect Singapore.

The Battle of Dražgoše began between the Slovene Partisans and Nazi occupying forces.

The British destroyer HMS Vimiera struck a naval mine and sank in the Thames Estuary.

Admiral Isoroku Yamamoto made a statement to Taketora Ogata that may have been the basis for the apocryphal sleeping giant quote attributed to him when he said, “A military man can scarcely pride himself on having ‘smitten a sleeping enemy’; it is more a matter of shame, simply, for the one smitten. I would rather you made your appraisal after seeing what the enemy does, since it is certain that, angered and outraged, he will soon launch a determined counterattack.”

1943
Soviet planes drop leaflets on the surrounded Germans in Stalingrad requesting their surrender with humane terms. The Germans refuse.

Italian destroyer Corsaro sank off the coast of Tunisia after hitting a mine. 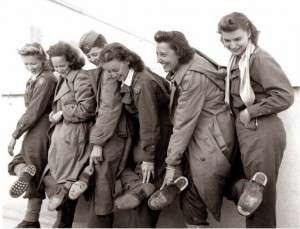 1944
Countess Ciano escapes to Switzerland and is interned.

Flight nurses and medics from the 807th Medical Air Evacuation Transport Squadron who crash-landed in Albania arrive in Italy after two months behind enemy lines.

1945
The U.S. Third Army counter-attacks towards Houffalize, on the southern side of the Ardennes salient.

British troops enter Thebes, to the Northwest of Athens.

U.S. troops land at Lingayen Gulf on Luzon. 100,000 men are ashore in a single day, which is the largest Pacific operation so far.