1940
The 16th Australian Brigade marches through the streets of Sydney.

1941
Free French lead Tuareg and Tibesti tribesmen from Chad to destroy Italian air base at Murzuk, Libya, having crossed 468km of desert.

1942
The Red Army captures Kaluga to the southwest of Moscow.

Chiang Kai-shek is appointed as Supreme allied commander in China.

Japanese begin pre-invasion air attacks on the major British naval and air base of Rabaul in the Bismarcks in the South Pacific. 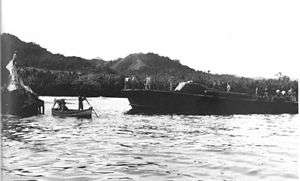 The Japanese Navy orders the evacuation of Guadalcanal by the end of the month.

Earl Warren inaugurated for first of three terms as California governor, but declines to have ceremony due to war.

1944
The Germans announce the mobilization of school children for war work.

Church authorities at the Abbey of Monte Cassino give Luftwaffe permission to remove artwork to Germany.

The U.S. Fifth Army attacked the southern end of the Gustav Line along a 10-mile front.

In Burma, British secure Akyab Island; Burma is now secured from Akyab to Mandalay, and north of the Irrawaddy River.

The American escort carrier USS Ommaney Bay was severely damaged in the Sulu Sea by a Japanese kamikaze attack. The ship was abandoned and then scuttled by a torpedo from the destroyer USS Burns.