In their first major action in WWII the Australian 6th Division breaks through the Italian defences around Bardia,

After suffering heavy losses, the Italian Air Force withdraws its aircraft from supporting the German Luftwaffe in the Battle of Britain. 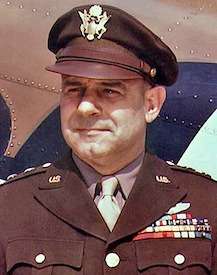 Churchill and Roosevelt announce the unified ABDA (American, British, Dutch and Australian) Command in the Southwest Pacific, under General Wavell, with Lieutenant General Brett as his deputy.

Japanese land at Brunei on Borneo in Netherlands East Indies.

1943
Army Group A begins a general withdrawal from the Caucasus.

1944
Monty is reported to be back in Britain in order to take command of the British contingent of the Allied Expeditionary Force.

The US Fifth Army begins an offensive against the German forces in Italy who are entrenched in the Gustav Line along the Rapido river, with its centre at Cassino.

Top US Marine ace, Maj. Gregory “Pappy” Boyington, shot down by Japanese Zero near Rabaul, but he survives the war as a POW.

In the Solomons, US launches offensive on New Britain from Cape Gloucester.

1945
The U.S. First Army counter-attacks on the northern side of the Ardennes salient.

The fighting ends in Manila.

US Navy organizes hunter-killer group to intercept U-boat believed to be bound for New York with V-weapons.