1940
The Soviet Union reopens negotiations with Finland through Sweden and indicates that it may withdraw its support for Otto Kuusinen’s puppet government should the Finns come to terms. The Finnish 9th Division launches an attack with the aim of destroying the Russian 54th Division in Kuhmo. 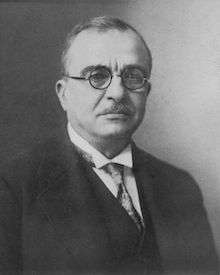 US and Britain begin secret joint discussions in Washington which will lead to ABC-1 Plan in case of America entering war against Germany.

1942
RAF Bomber Command mounts an attack to sink the Tirpitz, while she is at anchor in Trondheim. The raid is unsuccessful as the Tirpitz survives unscathed

German forces capture Benghazi, along with a large quantity of supplies.

Iran signs treaty of alliance with Britain and USSR, which promise to depart Iran 6 months after Axis defeat.

1943
Dr. Ernst Kaltenbrunner is appointed the successor to Heydrich.

Nazis order all Gypsies arrested and sent to extermination camps.

Admiral Donitz takes over from Admiral Raeder as C-in-C of the German Navy.

Advance units of the Eighth Army cross the Tunisian frontier from Libya.

1944
The Luftwaffe bombs London, while 800 USAAF bombers drop 1,800 tons of bombs on Frankfurt am Main and Ludwigshafen. The RAF hit Berlin for the 14th time.

1945
The allied thrust into Rhineland continues with the capture of Oberhausen, 10 miles Northeast of Duisberg. Quisling meets Hitler in Berlin for the last time.

Seaman Leon LeRoy, returning home to Antioch, California to comfort his recently widowed mother, is bumped off his flight by the dog of Col. Elliott Roosevelt, son of the president.