1940
King George of Britain announces court will not be held this year due to the war. 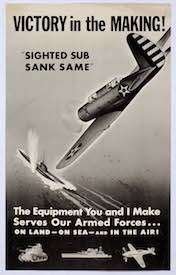 Timoshenko’s offensive in the Ukraine slows down after a 60-mile thrust.

US Navy pilot claims to sink U-boat, radios “Sighted sub—sank same,” but no U-boat was sunk, an honest error.

US Eighth Air Force activated in Savannah, Georgia under Brig. Gen. Asa Duncan; originally intended for North Africa but will serve in Britain.

1944
To make clear their displeasure about ongoing assistance to the Nazi war effort by Francisco Franco’s Spain, the United States and Britain announce a total oil embargo of the country. With Spanish life grinding to a virtual standstill, Franco agrees finally to cease supplying the Germans with critical war materials and to withdraw the last Spanish troops fighting with the Germans in Russia. By May, the embargo is lifted.

The Red Army succeeds in encircling several German divisions in the area of Cherkassy.

1945
The Ardennes salient is finally eradicated.

The first convoy for three years reaches China through Burma.

Ledo-Burma Road reopens as first Allied convoy crosses into China; in the ceremony, Chiang Kai-shek renames it the Stilwell Road, in honor of General Joseph Stilwell.