1942
More reinforcements arrive at Singapore to boost its defenses as the British 18th Division is landed.

Four US destroyers and some submarines attack a Japanese convoy in theMakassar Strait between Borneo and Celebes, sinking 1 destroyer and four transports, while only suffering damage to one of their destroyers. This action delays the impending Japanese invasion of Java.

US Flying Tigers P-40s shoot down 12 planes over Rangoon, Burma. 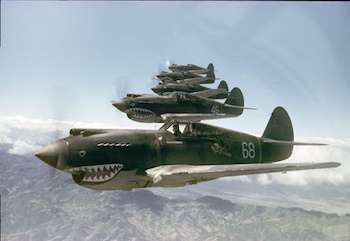 1943
Russians take Starobelskiy, nearÂ the Donets RiverÂ in the eastern Ukraine,Â more than 250 miles to the West of Stalingrad. Hitler orders no surrender in Stalingrad. The offensive by the Soviet Trans-CaucasianÂ Front toward the Kuban bridgehead is stopped at NovorossiyskÂ and Krasnodar.

Fighting in Papua is officially reported as over.

1944
In response to political pressure to help Jews under Nazi control, Roosevelt creates the War Refugee Board.

The US 93rdEvacuation Hospital opens in Anzio and is hit by German shells, injuring a sergeant, the first of many casualties in the Anzio hospitals.