1940
Britain and France say they will not honor 200-mile Pan-American neutrality zone and will attack German ships there.

Animals in Berlin Zoo placed on war rations—less meat, no bananas or peanuts. 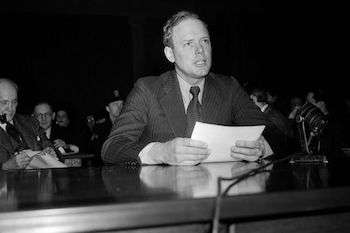 Before Congress, Charles Lindbergh suggests the US negotiate a neutrality pact with Hitler.

1942
Japanese land at crucial British naval and air base of Rabaul, New Britain and take it.

Japanese land at Kavieng, New Ireland and Kieta, Bougainville, and secure both.

Australia sends an urgent request for assistance from the Allies after a series of conquests in the Southwest Pacific brings the Japanese within a thousand miles of Australian territory.

Japanese continue their fight in western Guadalcanal; they now seem to have given up completely on the New Guinea campaign.

The first Japanese attack on the U.S. mainland as a submarine shells an oil refinery near Santa Barbara, California.

1945
US Ninth Army retakes St. Vith in Belgium from Germans.