1939
Adolf Hitler dismissed Hjalmar Schacht as President of the Reichsbank and appointed Walther Funk to replace him.

1940
Britain and France agree to send troops and supplies to aid Finland, but they do not arrive in time.

With Hitler’s tacit support, Marshal Antonescu suppresses a rebellion by the Iron Guard in Romania. 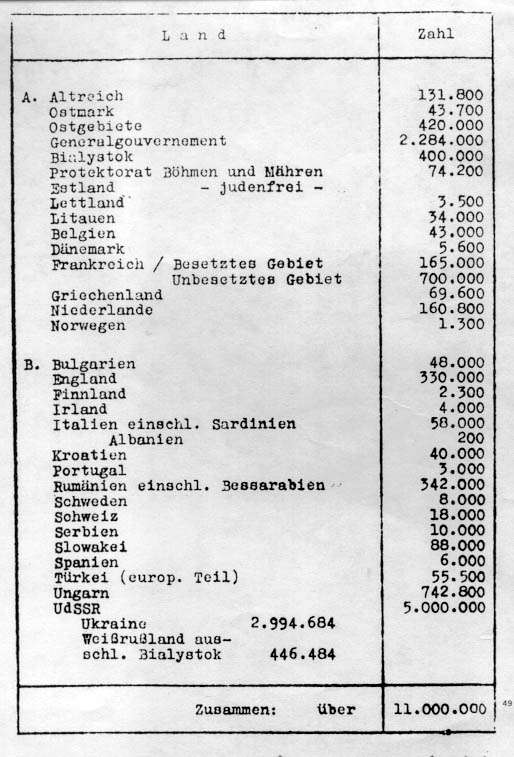 1942
In the Wannsee suburb of Berlin, the formal adoption of the ‘Final Solution to the Jewish Problem’ takes place. In practice this meant that all

Jews in occupied Europe were to be transported to the east. The able bodied were worked until they died, while the remainder were put to death.

The Japanese 55th Division crosses the Thai-Burmese border from Raheng. They quickly threaten Moulmein in Burma, using the same tactics as in

Malaya of outflanking British forces through the Jungle.

1943
Daylight raid by the Luftwaffe hits a school in London, killing 44 children and one teacher.

Russian progress continues in the Caucasus.

1945
The French First Army under de Lattre attacks against the Colmar Pocket in Alsace.

Franklin D. Roosevelt is inaugurated for his fourth term.