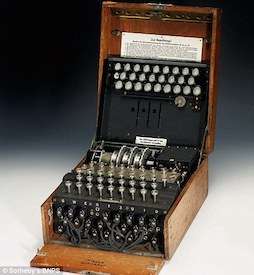 1941
During the night, the Italians evacuate Kassala and Gallalabat in the Sudan.

Battle of Ko Chang: Vichy French battle Thai incursions into Indochina and defeat them in naval battle in Gulf of Siam.

1942
The last German garrison at Halfaya in Cyrenaica surrenders, with about 5,500 prisoners taken.

1943
US Naval Base and Naval Air Station, Brisbane, Australia is established.

For the first time, a nurse participates in air evacuation, accompanying patients from India to Washington DC.

1945
Russians forces cross the Warthe and advance 100-miles on a 160-mile front forcing the Germans to evacuate Warsaw, which falls that same day. The German defenders encircled at Budapest withdraw to Buda on the western bank of the Danube.

Swedish diplomat Raoul Wallenberg, who saved tens of thousands of Jews, is detained by the Soviets in Budapest, Hungary and disappears.

Nazis lead 66,000 prisoners from Auschwitz on a death march to Germany.