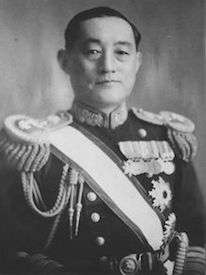 Admiral Mitsumasa Yonai forms a new government in Japan, but he is opposed by the pro-war military.

1942
General Wavell arrives at Batavia in Java to setup ABDA headquarters. The Japanese launch an attack against the US-Filipino 1st Corps positions on the western side of Bataan.

At the so called Arcadia Conference held in Washington, President Roosevelt and Prime Minister Churchill agree to concentrate the Allied war effort on the European theatre. President Roosevelt also orders that all aliens are to register with the government. This is the beginning of
a plan to move Japanese-Americans into internment camps in the belief that these people might aid the enemy.

The German battleship Tirpitz, arrives at Trondheim in Norway, to threaten the Arctic convoys, but it wasn’t until the 23rd January that the British became aware of this threat.

Off Long Island, German U-boat U-123 sinks Panamanian tanker Norness, the first sinking in US waters.

Ports of Boston, Portsmouth, and Portland, ME closed temporarily due to U-boat warning.

In US “enemy aliens” are required to register with Department of Justice.

Canada designates 100-mile security zone in British Columbia, all males of Japanese ancestry 18-45 ordered to vacate; 23,000 men will be sent to labor camps, women and children deported to six inner BC towns.

1943
Roosevelt and Churchill’s summit Conference opens near Casablanca in Morocco with the Allied joint staff under General Dwight D. Eisenhower in attendance.

1945
In Burma, the British 19th Indian Division attempts to cross the Irrawaddy River at Thabaikkyin but withdraws under fierce Japanese bayonet attack.

Zhukov’s 1st Belorussian Front continues its attacks South of Warsaw from two Vistula bridgeheads, one of which holds 400,000 men and 1,700 tanks. Rokossovsky’s 2nd Belorussian Front begins its offensive from its Narev bridgehead against Elbing in East Prussia.