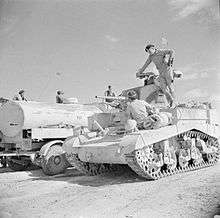 In a radio broadcast, Churchill warns Bulgaria against joining the Tripartite pact.

1942
By dawn the Japanese 5th and 18th Divisions have firmly established themselves and begin to advance south-east towards Singapore city.

French liner Normandie, which had been seized by the US and renamed the troopship USS Lafayette, burns at pier in New York, capsizes next day.

US Department of Justice requires German, Italian, and Japanese nationals to register for Certificates of Identification by Feb. 28.

US secures Guadalcanal; in the campaign, 1700 Americans killed and 40,000 Japanese.

1944
The Germans capture Aprilia in the Anzio beachhead.

1945
British and Canadians troops smash the first of the main Siegfried Line defence zones. The last Rhine bridge is blown in the Colmar Pocket. Half the German Nineteenth Army were evacuated, but General De Lattre’s forces have taken 22,000 German prisoners since the 20th January.

In rare sub vs. sub combat and the only documented case in naval history where both were submerged, British submarine Venturer sinks U-864 off Norway.