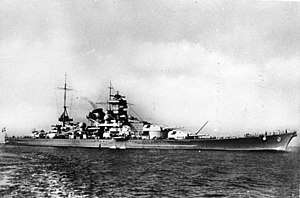 The Battleships Scharnhorst and Gneisenau sail from the Baltic to the Atlantic, causing absolute havoc to shipping routes and timetables.

RAF reconnaissance planes report that the Italians are beginning to evacuate Benghazi in a withdrawal towards El Agheila. The 7th Armoured Division is given immediate instructions to advance from Mechili across the desert in order to cut off the Italians escape route.

The British refuse to surrender at Singapore, heavy bombardment by the Japanese continues for 4 days.

1943
Red Army troops achieve a landing near the Black Sea port of Novorossiysk.

1944
The Germans start their offensive to relieve the Korsun pocket.

Chinese advances in Hukawng Valley, continue while the Japanese offensive on Arakan front gains strength in order to push the British back into India.

US forces take Kwajalein Island in Marshall’s, losing 486 killed and 1,495 wounded, but inflicting 8,386 casualties on the Japanese.

1945
Yalta Conference begins: A summit conference between Stalin, Churchill and Roosevelt opens at Yalta in Crimea, to discuss plans for the treatment of postwar Germany, its division into zones of occupation, reparations and the future Polish western border. 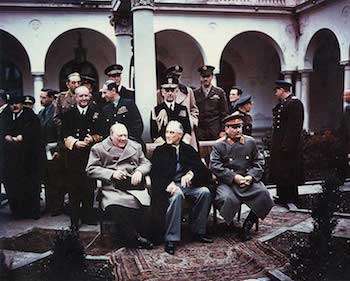