1942
The RAF launches an attack against the battleship Gneisenau, which is being repaired at Kiel’s floating dock. The damage caused is severe and the battleship is never again put to sea under her own power. 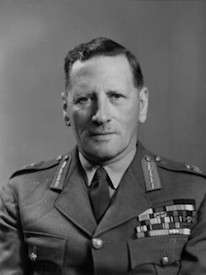 Churchill exhorts General Auchinleck to launch an offensive against the German and Italian forces that are gathering in front of the Gazala line. He reminds Auchinleck that the longer he waits, the more time Rommel will have to rebuild his strength. To this General Auchinleck reply’s that his intention is to first build up an armoured striking force as quickly as possible and strengthen the defenses of the Gazala line. Only then would he mount a major offensive, which he advised Churchill would be in early June.

While carrying Army fighters to the Netherlands East Indies, the first U.S. carrier, the USS Langley, is sunk by Japanese bombers.

1943
Von Arnim launches a five-day counter attack in northern Tunisia, gaining some ground. Montgomery issues the plan Operation ‘Pugilist’, which is to smash the Mareth defensive Line in southern Tunisia.

U.S. B-17 Flying Fortresses and B-24 Liberators pound German docks and U-boat lairs at Wilhelmshaven.

1945
The attacks by the US Ninth Army into the Hurtgen Forest make little progress.

U.S. Marines land on Verde Island, to the Southeast of Manila.