1940
Sweden announces that she will not permit British or French troops to cross through her territory on their way to Finland.

The Soviet Union announces its final conditions for peace. Finland must hand over the Karelia Isthmus and the shores of Lake Ladoga. It must also grant a 30 year lease on the HangÃ¶ Peninsula and sign a mutual assistance treaty, guaranteeing the security of the Gulf of Finland against external threats. In return for all this, the Russians will withdraw from the Petsamo area.

Crews of Exeter and Ajax cheered through London after return from South America.

Stuka’s sink a British Destroyer and the Monitor Terror off the North African coast, near Tobruk.

Japanese sub I-17 fires at Bankline Oil Refinery at Ellwood near Santa Barbara CA; little damage; first attack on US mainland in war. 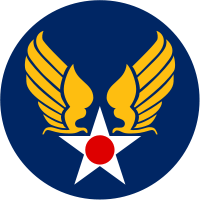 US Army Air Forces approve “winged star” emblem in shape of a V for victory.

The British submarine HMS Trident, torpedo’s the cruiser Prinz Eugen which is sailing to Norway from Kiel, forcing its return to Germany for substantial repairs.

Wavells ABDA HQ leaves Java for Australia, where upon its arrival it is disbanded. Against the wishes of Churchill, the Australian Prime Minister, Curtin orders all Australian Divisions to return home.

General Lucas is sacked from the Anzio command and is replaced by Major General Truscott. German counter-attacks drives the Anzio beachhead back further.

1945
The US Ninth Army begins an offensive from its bridgeheads on the Roer river leading to the bloody battle of the Hurtgen Forest.

The Russians capture the fortress of Posen after a month-long siege.

US paratroops spring 2,146 detainees from a Japanese camp South of Manila in surprise attack, during which 243 Japanese are killed for loss of just two U.S. killed and two injured.

1946
Japanese General Tomoyuki Yamashita is hanged in Manila, the Philippines, for war crimes.