1941
The first mass round-up of Jews in Amsterdam; 430 deported in reprisal for murder of Dutch Nazi party member.

Bread ration in Jewish ghetto in Warsaw reduced to 3 oz per day. 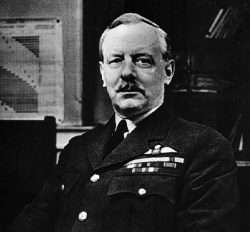 British forces in retreat less than 100 miles from Rangoon, the capital of Burma.

1943
Churchill is said to be ‘on the mend’ after a severe fever.

Army Group Centre begins a counterattack in the area between the Dnieper and Donets.

Allied commando raid on Myebon, South of Akyab in the Arakan, western Burma.

1944
Malinovsky completes the capture of the mining area around Krivoi Rog.

Heavy Japanese losses as the U.S. Navy bombards the Marianas in the Pacific.

1945
Allied Air Forces launch Operation Clarion, a concerted effort to wipe out all forms of transport available to the Germans in 24 hours. Nearly 9,000 aircraft, operating from bases in England, France, Holland, Belgium and Italy attack over 250,00 square miles of territory, targeting
railways, bridges, ports and roads.

After a heavy four-day battle, the U.S.Fifth Army takes the Upper Reno Valley in northern Italy between Bologna and Florence.