1941
Third and final day of Swansea Blitz (Luftwaffe bombing of Swansea, Wales): 230 killed, but docks and facilities are undamaged.

House of Representatives begins hearings about removal of Japanese-Americans from West Coast.

German spy Bernard Julius Otto Kuehn convicted of espionage for sending information about Pearl Harbor to the Japanese before and during the attack.

1943
The 25th Anniversary of the creation of the Red Army is celebrated in all allied countries.

Hideki Tojo becomes chief of staff of the Japanese army. 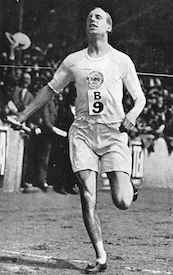 The US 8th Air Force bombs Nurnberg with over 1,000 bombers.

The British 2nd Division establishes another Irrawaddy bridgehead, while the British 36th Division breaks through at Myitson, in northern Burma. Meanwhile further British forces cross the Irrawaddy in central Burma.

Scottish Olympic runner Eric Liddell (memorialized in Chariots of Fire) dies in Japanese internment camp in China, where he had served as a missionary.