1938
Hitler demands self-determination for Germans in Austria and Czechoslovakia.

1940
General von Falkenhorst is appointed to command the German invasion of Norway.

1941
The Australian Prime Minister, R.G. Menzies arrives in Britain for talks with Churchill.

The United States sends war planes to the Pacific.

1942
Lt. Edward “Butch” O’Hare of USS Lexington shoots down five Japanese planes in six minutes in his F4F Wildcat over Rabaul, becoming the first US Navy ace of war, receives Medal of Honor. 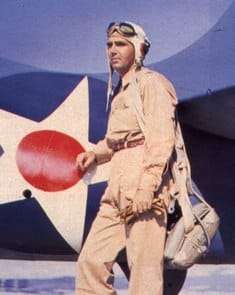 Japanese forces land on the Portuguese Island of Timor.

Japanese troops having suffered heavy casualties over the past few weeks from battle and disease, begin to slacken their pressure in Bataan. President Quezon of the Philippines leaves for Australia in a US submarine.

1943
Fierce fighting in continues in central Tunisia after the German breakout through the Kasserine Pass, but further offensive operations by the Afrika Korps are halted in order for them to withdraw to the Mareth line.

1944
‘Big Week’ rolls on with the largest ever daylight raid of war by the USAAF on Germany as 970 bombers carry out attacks against Hamburg,

Leipzig and Braunschweig. The RAF pound Stuttgart with 2,000-tons of bombs.

A ferry boat, carrying the remaining ‘Heavy Water’ production from Telemark in Norway, back to Germany for safety is sabotaged and sunkÂ  on Lake Tinnsjo.

The Admiralty announces an 11-day battle with U-boats in Straits of Gibraltar, during which three ships are sunk and several damaged.

U.S. carrier-based and land-based planes destroy the Japanese base at Rabaul. 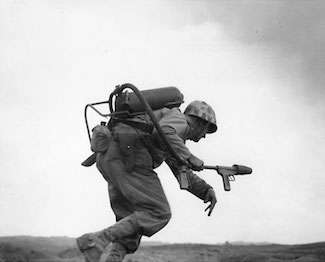 The RAF launch the first of 36 consecutive night raids on Berlin.

Red Army attacks against the lines of Army Group Courland fail in the face of stubborn German resistance.