1941
5th Indian Division captures Barentu, forcing the Italians to withdraw towards the mountain fortress at Keren.

In East Africa, aircraft from HMS Formidable attack the harbor installations at Mogadishu.

The Japanese launched their 1st air raid on Port Moresby in New Guinea. 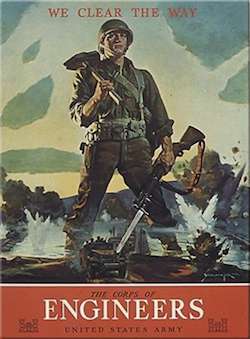 The commander of the British XIII Corps, Godwin-Austen, resigns as a result of Lieutenant General Ritchie bypassing him and dealing direct with his divisional commanders.

A supply convoy bound for Malta sets sail from Alexandria. It consisted of 3 fast freighters, 2 cruisers, 8 destroyers and an anti-aircraft ship. However, the Luftwaffe still managed to sink all three merchantmen before they reached Malta.

1943
The remnants of 6th Army under General Strecker in the northern pocket cease fighting and surrender to the Red Army. In all, over 96,000 survivors of the once 300,000-strong Army are captured, of which, only about 5,000 will live to return to Germany after the war. At Moscow, the victory over the Germans is celebrated with a salute of several hundred guns.

1944
The Germans stop an Allied attack at Anzio, Italy.

U.S. Marines complete the capture of Roi and Namur in the Marshall Islands.

The 1st Belorussian Front reaches the Oder River near Frankfurt-an-der-Oder.