1940
Hitler orders that all British merchant ships will be considered warships.

1941
Great Britain breaks off diplomatic relations with Romania as it is now clear that the Romanians are firmly allied to the Germans.

1942
Churchill broadcasts to the nation and says the Mediterranean will close to all allied shipping.

Singapore surrenders to the Japanese, a decision prompted as much as anything by the plight of the 1,000,000 civilian inhabitants of the island. 9,000 British, Australian and Empire troops are killed and 130,000 captured, many of which will find themselves working as slaves on the notorious Burma-Thai Railway. The Japanese casualties’ amount to around 9,000 killed or wounded.

“Enemy aliens” ordered to be removed from restricted military zones in California. 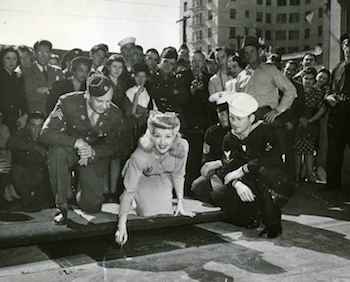 1944
Monte Cassino is devastated by 422 tons of bombs as the Indian and New Zealanders begin their offensive to capture the monastery which is now occupied and defended by paratroopers (the Green Devils) of 1st FallschirmjÃ¤ger Division.

Hitler permits Field Marshal Models troops to withdraw to Panther Line and also allows the Korsun pocket defenders to break out towards the relieving forces.

The heaviest raid ever on Berlin is conducted, during which 2,500 tons of bombs are dropped.

The USAAF decimate a Japanese convoy off New Ireland.

US Sixth Army lands at Mariveles on tip of Bataan peninsula on Luzon, takes Mariveles and its airfield.