1940
General Timoshenko launches his big offensive across the iced up straits of Viipuri Bay, although Finnish aircraft raids disrupt these attacks.

The battleship Alabama (BB-60) is laid down at the Norfolk, Virginia. 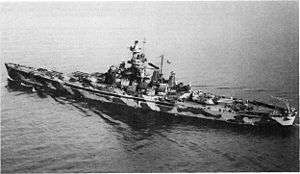 In Japan, expenditure on the military accounts for half of the national budget for 1940.

1941
The Admiral Hipper slips out of Brest for another sortie into the Atlantic.

Agordat in Eritrea falls to the 5th Indian Division after 2 days of fighting.

The US Navy is reorganized in to the Atlantic, Pacific and Asiatic fleets and ordered to gradually bring ship
crews up to war establishment.

1942
The Red Army begins an offensive toward Vyazma. Zhukov is promoted to command the West Theatre, which includes the Kalinin, West and Bryansk Fronts.

All U-boats adopt a new Enigma cipher known as ‘Triton’. The new cipher replaces the previous cipher, ‘Hydra’ and has an additional rotor in the Enigma machine. This meant that the British were unable to read U-boat coded communications traffic until much later in the year, seriously affecting there ability re-route their convoys around U-boat wolf packs.

First U.S. aircraft carrier offensive of the war as YORKTOWN and ENTERPRISE conduct air raids on Japanese bases in the Gilbert and Marshall Islands.

USS Enterprise is damaged in attacks on Japanese-held airfields in the Marshall and Gilbert Islands.

Twenty Japanese destroyers begin the evacuation of 13,000 troops from Guadalcanal.

1944
The Polish underground executes Major Fritz Kurschera, the chief of the Gestapo in Poland.

Troops of the 1st Belorussian Front surround the fortress town of KÃ¼strin. Since the 20th January, the Kriegsmarine has evacuated 140,000 civilian refugees and 18,000 wounded soldiers by sea from East Prussia.

U.S. troops land unopposed to the Southwest of Manila.