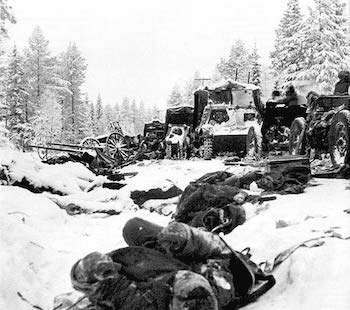 1941
The Russian success in the Crimea continues as the Germans make a hurried evacuation of Kerch.

German Gen. Rommel retreats to El Agheila, Libya and the positions held before his April offensive against the British.

The Congress Party in India supports the British war effort, while Gandhi resigns his leadership in protest.

The Battle of Kampar begins in Malaya.

Soviet troops make amphibious landings in the eastern Crimea and took Kerch and Feodosia. The Germans pause their assault on Sevastopol in order to deal with these forces.

Winston Churchill makes the “Chicken Speech” to Canadian Parliament. In reference to a comment made by Philippe Pétain that Britain would be invaded and “have its neck wrung like a chicken” by the Germans in three weeks, Churchill exclaimed, “Some chicken! Some neck!”

German submarines U-705 and U-756 are commissioned.

1942
The allies cut Japanese forces in two at Buna. 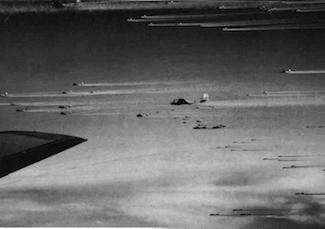 US Marines secure crucial airfield at Cape Gloucester, New Britain in the Solomons.

General Eisenhower traveled to the headquarters of France’s General Charles de Gaulle at Algiers, and agreed to de Gaulle’s request that French troops be allowed to accompany the other Allied forces during the liberation of Paris.

The Soviets continued to advance in the Ukrainian sector as the 1st Tank Army drove the German XLVIII Panzer Korps out of Koziatyn.

1944
The Germans launch a heavy attack on the Bastogne, Belgium, corridor in the Ardennes.

The British attack on Houffalize is halted by bitter German resistance.

Second German spy (Erich Gimpel) who landed in Maine by U-boat on November 29, 1944 is arrested by FBI in New York City; William Colepaugh had turned himself in on December 26, 1944.