1939
The RAF scores a number of direct hits on German warships at the Heligoland Bight naval base.

1940
Britain allots each person an extra 4 oz of sugar and 2 oz of tea for Christmas.

In South Atlantic, U-124 sinks unarmed US freighter Sagadahoc (1 killed), sixth US ship sunk in the Atlantic while the US remained neutral.

1942
Several German divisions ordered to be transferred from Western Europe begin arriving in the area of Army Group Don southwest of Stalingrad in preparation of ‘Operation Winter Tempest’, the relief of the encircled 6th Army.

US Fifth Army launches main ground attack on Winter Line in Italy after artillery barrage and infantry assault at night.

1944
Britain’s Home Guard, the civilian force assigned to the defense of Britain in the event of German invasion, is stood down after five years. King George VI declares the “You have fulfilled your charge”. 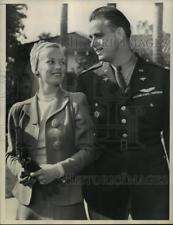 Armored units of the US 3rd Army succeed in penetrating the fortified German lines of the Westwall near Saarlautern.

Civil war breaks out in Greece between Communists and Royalists; British intervene.

Col. Elliott Roosevelt, son of the president, marries actress Faye Emerson in a highly publicized wedding at the Grand Canyon.