1939
The Finnish 9th Division attacks towards Suomussalmi, recapturing the village and forcing the Russian 163rd Division to retreat in panic.

US State Department protests British removal and censorship of US mail from neutral ships. 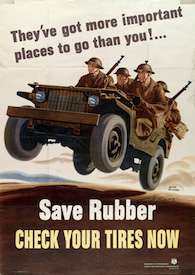 Japanese sub I-25 shells US tanker Connecticut off the mouth of the Columbia River.

US announces rationing of tires and all rubber goods, effective January 5.

British and Norwegian Commandos raid the Norwegian port of Vågsøy, causing Hitler to reinforce the garrison and defenses.

The Red Army continues its counter-offensive in the Kalinin
area.

1942
Hitler agrees to allow the retreat by Army Groups A and Don to a line 150 miles west of Stalingrad.

1943
In Italy, the Allied advance halts at Monte Cassino. 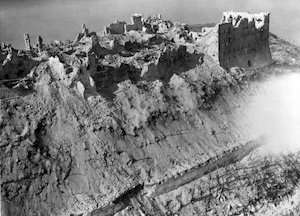 President Roosevelt signed an order seizing the railroads of the United States in advance of a December 30 strike of rail workers, and at 7:00 pm Washington time, soldiers from the U.S. Army began taking control of lines affected by the impending walkout.

The Russians capture Gran, this cutting all communications with Budapest and trapping five German and Hungarian divisions.

The siege of Bastogne ends in U.S. Victory.

German submarine U-877 was depth charged and sunk northwest of the Azores by Canadian corvette HMCS St. Thomas using Squid.

1945
The US, UK, and USSR agree to govern Korea jointly for five years.