The Battle of Himara ended in Greek victory.

The heaviest raids of the Manchester Blitz began. Over the next two days a total of 654 people were killed and over 2,000 injured.

1941
Prime Minister Churchill arrives at the White House as the guest of President Roosevelt for the Washington Conference. 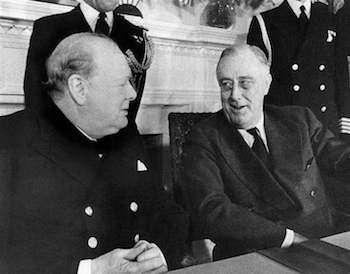 The Arcadia Conference begins in Washington: Britain and US agree to “Germany First” plan.

The Japanese begin their invasion of the Philippines by landing 43,000 troops of General Homma’s 14th Army in Lingayen Gulf, Luzon, 150 miles north of Manila. Filipino troops here failed to prevent the beachhead from being established and their scouts, which had been sent forward in order to secure the defiles barring the way south were also unsuccessful.

The Battle of Sjenica was fought in the Italian governorate of Montenegro. The Yugoslav Partisans were defeated.

German submarine U-380 was commissioned.

The Soviets drive German troops back 15 miles at the Don River.

German submarine U-200 was commissioned.

Chifley is appointed as Minister of Post-War Reconstruction in Australia.

1943
The allies announce that Tito is to be the allied commander in Yugoslavia as his partisans now estimated at 250,000 men.

Hitler issued a “Führer Order” (Führerbefehl) creating the “National Socialist Leading Officers”, charged with disseminating propaganda for “getting soldiers to believe in final victory” in the war “even if they did not know how it was going to be achieved”.

The German government ordered that all boys aged 16 and older would be required to register for military duty in January.

The Second Battle of Kiev ends in Soviet victory.

The German light cruiser Niobe was sunk by British motor torpedo boats three days after running aground off Silba, Yugoslavia. 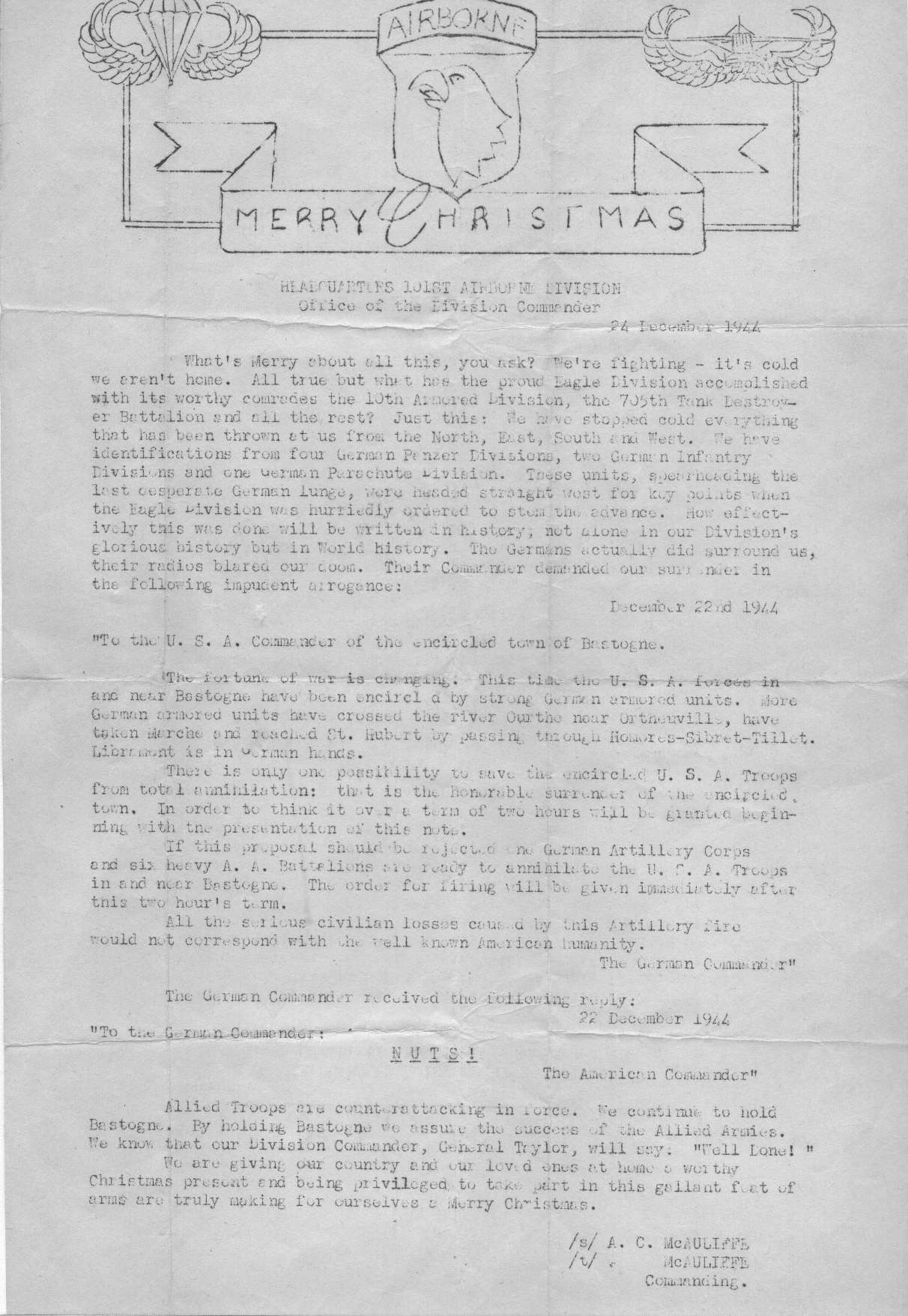 1944
The allies report that the Germans have penetrated up to 40 miles in the Ardennes.

Rundstedt’s suggestion of a withdrawal is refused by Hitler.

The U.S. 3rd Army begins an offensive to relieve Bastogne.

The British announce a call-up of 250,000 troops ‘to sustain and nourish our armies in the line’.

The US 101st Airborne Division at Bastogne, Belgium, is surrounded.

1948
Former Japanese prime minister Hideki Tojo is executed for war crimes. Tojo tried to commit suicide before his trial but survived to face the executioner.