1939
During their brief period of comradeship, Hitler sends Joseph Stalin a telegram wishing him a happy sixtieth birthday.

The Admiralty decides to transfer another Battleship, HMS Malaya to Force H from the Mediterranean fleet. Again this was to be accomplished by escorting a convoy to Malta and linking up with units of Force H for the journey to Gibraltar. No losses were suffered to enemy action although a Destroyer was sunk when it hit a mine.

Bardia is surrounded by the 6th Australian Division, although the Italians are determined to fight it out.

1941
Typhus reported to be sweeping through the German forces along the Russian front.

The Axis launch a renewed air offensive against the Island of Malta.

In convoy HG-76, U-751 sinks British escort carrier Audacity, which had kept away 12 U-boats for a loss of only 4 ships in the convoy, leading the Germans to change tactics when carriers were present.

1942
Hitler refuses to let Paulus break out from their encirclement at Stalingrad.

British troops cross the Burmese border from India and head Southeast towards Akyab. 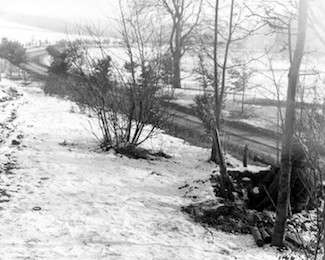 1945
General George S. Patton dies at the age of 60 after being injured in a car accident on Dec.9th.