1939
Russian troops capture Petsamo in the extreme north of the Finland.

The German liner Watussi is scuttled after her interception by South African Defence Force bombers.

Germans patrols are just five miles from the Kremlin.

Soviet troops evacuate the last territory in Karelia, taken from Finland in the 1939-1940 war.

Hitler issues Directive No.38 which tasks Kesselring as C-in-C South, with gaining air superiority and naval supremacy over the area between southern Italy and Libya in order to deny British supplies to Malta and Libya. To assist with this, he was reinforced by Fleiger Korps II, which was transferred from Russia. This, together with the existing air units of Fleigerkorps X were to form Luftflotte 2 and give the axis a significant numerical superiority over the RAF.

The Battleship Prince of Wales and the Battle Cruiser Repulse arrive in Singapore. 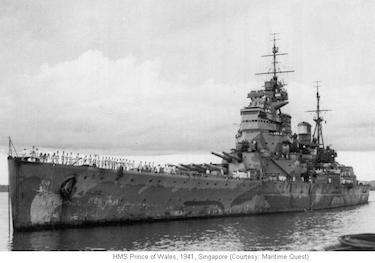 1942
At the University of Chicago the first controlled, self-sustaining nuclear chain reaction is realized by Professor Fermi and a team of scientists working under the name of the “Manhattan Engineering District.”

A Luftwaffe raid against the Allied naval base at Bari in Italy, hits an ammunition ship which explodes, sinking 17 other ships.

Ernie Bevin announces the conscription to mines as coal output continues to flag in Britain.

Hitler orders the conscription of German Youth for active service.

The first transport of Jews from Vienna arrives at Auschwitz.

The British 11th East African Division takes Kalewa and advance to the Chindwin from India.

1945
59 Japanese are arrested on suspicion of war crimes.