German submarine U-37 mistakenly torpedoed and sank the Vichy French submarine Sfax and support ship Rhône off the coast of Morocco. The U-boat captain chose not to record this incident on the ship’s logs.

German submarine U-111 was commissioned. 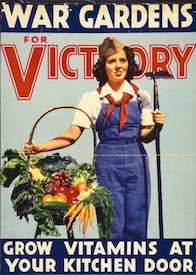 Hitler orders that there should be ‘No withdrawal’ by the German Army and that it should stand and fight where it is.

Frogmen of the Italian Navy penetrate the port of Alexandria in Egypt and cripple the British battleships HMS Valiant and Queen Elizabeth, along with a destroyer and aÂ tanker. This means that Cunningham had lost all his battleships and could noÂ longer muster a force strong enough to take on the Italian fleet.

The Japanese invasion of Davao began.

The British light cruiser HMS Neptune was sunk by naval mines off Tripoli.

1942
Manstein’s tanks are only 30 miles South of Stalingrad.

Japanese planes attacked Calcutta overnight in the city’s first raid of the war.

1943
50,000 people turn out to watch the hanging of the four Germans in Kharkov city square

A pitched battle is reported between the resistance and Germans troops in Bernex, eastern France.

American forces at Arawe, New Guinea captured the Japanese airstrip and held it against counterattacks.

On the Philippine Island of Panay, ten American Baptist missionaries, three other Americans and two children were captured by the Japanese Army after having hidden for two years. The next day they became the Hopevale Martyrs after volunteering to be executed in return for the Japanese allowing their Filipino captives to go free. After being granted an hour to pray, the adults were beheaded by sword, and the two children, including a nine-year-old boy, were bayoneted.

1944
In the Battle of the Bulge, US 101st Airborne arrives in Bastogne, Belgium to protect the crucial crossroads. Germans capture two regiments (7000 POWs) of US 106th Division on Schnee Eifel, including writer Kurt Vonnegut, the greatest US mass surrender of war except Bataan. 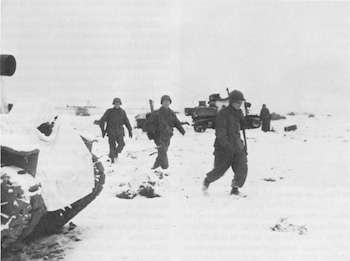 German forces captured 9,000 surrounded U.S. troops in the Schnee Eifel region on the Belgian-German border and pushed the Americans back off German soil.

Japanese aircraft carrier Unryū was torpedoed and sunk in the East China Sea by the American submarine Redfish.

German submarine U-737 sank in a collision with depot ship MRS 25 in Vestfjorden, Norway.

Chester Nimitz was made a five-star admiral in the U.S. Navy.

1945
Eleanor Roosevelt, the widow of the late President is appointed as one of first U.S. delegates to the UN.