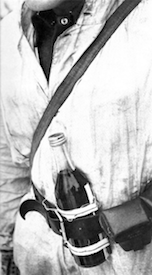 1940
134 RAF bombers attack Mannheim in revenge for German attacks against British cities. This is the RAF’s largest attack on a single target thus farÂ in the war. 115 German civilian’s were killed or injured and 1,266 made homeless. It is also the first reprisal raid, approved by the War Cabinet,Â for German attacks on British towns.

British troops carry out an air raid on Italian Somalia.The British begin winning battle after battle, Italian tanks were no match to the BritishÂ Matilda’s and British naval bombardments. Within 2 weeks of combat, The Italians are forced back 200 miles to Tobruk and lose 139,000 Italian and African colonials who had surrendered or been captured.

1941
During a cabinet meeting, Hans Frank, Gauleiter of Poland, states – “Gentlemen, I must ask you to rid yourselves of all feeling of pity. We mustÂ annihilate the Jews wherever we find them and wherever it is possible in order to maintain the structure of the Reich as a whole…”

Japanese troops land on Penang Island off the eastern coast of of Malaya.

Japanese forces land in Sarawak and Brunei in Borneo.

1942
The Red Army begins another offensive in the direction of Rostov-on-Don to cut off the German forces in the Caucasus. The Italian 8th Army’s precarious position on the Don threatens Stalingrad relief attempt.

1943
A Further blitz of Berlin brings the allied total to 18,500 tons of explosive dropped on the city.

The chief surgeon at Auschwitz reports that 106 castration operations have been performed.

1944
The German Army in the West begins ‘Operation Wacht am Rhein’ (The Battle of the Bulge), with the objective of splitting the allied forces and capturing the strategic port of Antwerp. Under the control of Heeresgruppe B, the attacking forces pouring forth from the Ardennes forest comprise of the 6th SS Panzer Armee, 5th Panzer Armee and the 7th Armee providing flank support to the south of the line of advance. The German offensive manages to breakthrough the American front on a 70-mile front.As the center of the Allied line falls back, it creates a bulge, leading to the name–the Battle of the Bulge.

German V-2 rocket hits Rex Cinema in Antwerp, killing 567, including 296 Allied servicemen, the largest death toll ever from a V-weapon.