The Uruguayan government gives the Admiral of the Graf Spee 36 hours to leave harbour.

The Russians launch heavy attacks against Finnish forces at Taipale.

1940
The coffin of Napoleon II is moved from Vienna to Les Invalides in Paris. 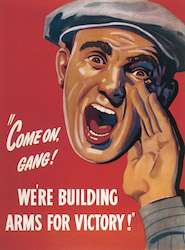 Many US universities agree to cut undergraduate programs to three years by going year-round.

US Secretary of the Navy tells Congress that 2,729 were killed during the Japanese attack on Pearl Harbor.

Stalin orders all functions of the Soviet state to relocate back to Moscow now that he is sure that the threat to the capital has been removed. Stalin also orders that the counter offensive should be extended along the whole of the eastern front. Klin is recaptured by the Red Army. Stalin orders that Army Group Centre should be destroyed by a double envelopment from the north and south.

The Eighth Army attacks the German and Italian positions at Gazala. Rommel, fearful that the British will outflank him, orders the retreat.

Japanese troops move into southern Burmese territory on the Kra Isthmus and seize Victoria Point, which had been vacated by the British two days earlier. Japanese artillery and aircraft pound Hong Kong in an attempt to soften it up.

1942
Convoy JW-51A sets sail from Lock Ewe in Scotland with 16 merchants bound for the Kola Inlet.

The war crimes trial at Kharkov of the four captured Germans opens with all plead the defendants pleading guilty. One of the defendants says that more than 30,000 Russians were exterminated at Kiev.

TheUS Army lands on Arawe, New Britain near Cape Gloucester, to the South West of Rabaul.

1944
Army Air Force Band leader and trombonist Glenn Miller boarded a single-engine C-64 Norseman in England for a flight to France, where he was to make arrangements for a Christmas broadcast. The plane never reached France and no trace of it or its occupants was ever found. Iowa-born Glenn Miller became a professional musician after graduating from high school. By the time he volunteered for military service in 1942, the Glenn Miller Orchestra was world famous and had appeared in two motion pictures. Miller persuaded the U.S. Army to accept his service to “put a little more spring into the feet of our marching men and a little more joy into their hearts.” For the next 18 months, Miller’s 50-member band stayed busy with morale-building concerts and radio broadcasts. No cause has ever been established for the loss of Miller’s aircraft, but the Norseman did not have de-icing equipment on board and it is likely that icy weather forced the plane down in the English Channel. Another theory is that his plane was lost due to RAF bombers dumping unused bombs from higher altitude returning aborted mission over Germany.

The Chinese finally take Bhamo itself in northern Burma after the Japanese evacuate at night.

The US 24th Army Division lands on Mindoro Island in the western Philippines without loss.

A third Japanese prison ship is mistakenly sunk by US planes off the Philippines, with less than half of POWs surviving, to be recaptured.

1945
The Permanent Headquarters for UN are to be established in the USA.