1940
Sidi Barrani is captured along with over 20,000 Italians, bringing the total captured to nearly 38,000 in 2 days, along with 237 guns and 73 tanks. At this time, Wavell decides to withdraw the 4th Indian Division and send it to the Sudan. It will be replaced by the 6th Australian Division, although it will take some days for it to be ready. 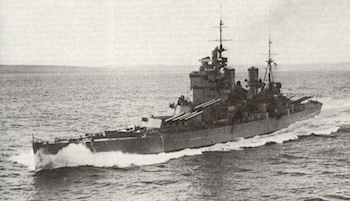 1941
The British garrison in Hong Kong begins to withdraw from the mainland to Hong Kong Island itself. As a result of command and control problems, rumors and many desertions, the 11th Indian Division withdraws from Jitra towards Alor Star in northern Malaya, even though the Japanese troops facing them were inferior in numbers. The US garrison in Peking is forced to surrender to the Japanese.

Japanese troops attempt to land on Wake Island, but US Marine gunners and airmen repulse the first landing attempt and sink two Japanese destroyers in the process. Further Japanese landings take place in the Philippines.

In a speech before the Reichstag, Hitler, after denouncing the un-neutral and warlike anti-German policies of President Roosevelt and citing Germany’s obligations under the Tri-Partite Pact with Japan and Italy, declares war on the United States. Italy follows suit some hours later.

In the last week the Royal Navy has lost the destroyers Pentlan, Porcupine and Blean, off Algeria.

Moroccan troops successful in first combat against Germans in Italy.

First Japanese balloon bomb found in US, in Montana.