1939
France bans sale of meat on Mondays, Tuesdays, and Fridays.

1940
Sidi Barrani is surrounded. Italian troops from the camps at Sofafi and Rabia flee west as the 7th Armoured divisions thrust threaten to encircle them.

1941
Karel Richter, a German spy who parachuted into Hertfordshire is executed at Wandsworth Prison.

British forces that had pushed into southern Thailand begin to fall back along with those from northern Malaya after the Japanese capture Kota Bharu airfield.

Due to the RAF’s heavy losses, the British Battleships Prince of Wales and Repulse are attacked and sunk of the north eastern coast of Malaya by Japanese aircraft flying from occupied French Indo-China. 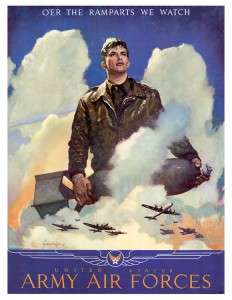 First US bombing mission of the war, as B-17s of the 19th Bomb Group attack Japanese ships off Luzon in the Philippines.

1942
The first transport of Jews from Germany arrives at Auschwitz.

Australian troops capture Gona and now control the whole of the Gona area in New Guinea.

1944
The US Third Army captures Hagenau and Saargemand.

On Leyte in the Philippines,U.S. 77th Infantry Division captures Ormoc, the main supply base, and clears Buri Airfield.