1939
The Soviet Union creates a puppet Finnish government in Moscow under the leadership of a Finnish communist, Otto Kuusinen, who immediately accedes to the Soviets territorial demands. Finnish coastal guns at Russar engage the Russian cruiser Kirov and its screen of destroyers. The Kirov and one destroyer damaged. 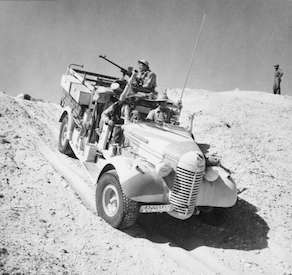 Joseph Kennedy resigns from position as US ambassador to Britain, wanting to keep US out of war.

1941
State of Emergency is declared in Malaya and Hong Kong is put on ‘stand by’.

Japan fixes the date of its attack against Pearl Harbour as the 7th December 1941.

US forms Civil Air Patrol for civilian pilots to aid in Civil Defense.

Japanese Navy changes its communications code, blinding the US to its movements.

1942
Coffee joins the list of rationed items in the US.

1943
The British 10th Corps opens the U.S. Fifth Army’s offensive on the Garigliano.

Russian forces isolate the Germans in Crimea and control the northern half of the Dnieper bend.

The Conclusion of the Tehran Conference, with the three Allies in substantial agreement on the division ofÂ post-war Germany, the westward movement of the Polish eastern and western frontiers and theÂ summary execution of 50,000 German officers.

First use of US P-51 Mustang fighter planes in Europe, as US Ninth Air Force flies a sweep over France.

Mussolini orders arrest of all Jews in Italy, but Italians shelter many.

Germans evacuate most of Crete