1940
Italian ground forces make slow progress in British Somaliland. Both the Italians and the British conduct air raids against each other.

British troops to be withdrawn from Shanghai and North China.

1941
President Franklin Roosevelt and Prime Minister Winston Churchill meet at Placentia Bay, Newfoundland. The meeting produces the Atlantic Charter, an agreement between the two countries on war aims, even though the United States is still a neutral country.

German Army Group South resumes its offensive to the east, along the river Bug, with 11th and 17th Armies.

The 1st Panzer Army captures the Maikop oilfields, which were left burning furiously by the Red Army, so little refined fuel was found. German 17th Army which was advancing behind the 1st Panzer Army reaches Krasnodar, on the river Kuban.

Battle of Savo Island begins as 7 Japanese cruisers and a destroyer approach undetected west of Savo Island, Solomon Islands and sinks the U.S. heavy cruisers, Quincey, Vincennes and Astoria and the Australian cruiser Canberra. They also damage 1 cruiser and 2 destroyers. The allied ships depart leaving the Guadalcanal area is in the control of the Japanese forces.

1944
German Panzers fight viciously with the Canadians and Poles who make only slow progress towards Caen. The U.S. 5th Armored Division take Le Mans. Eisenhower sets up a HQ in France. 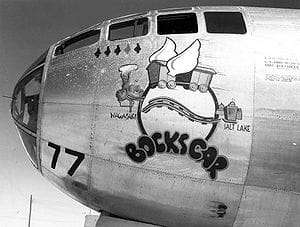 Truman broadcasts from Washington about Potsdam conference and the atom bomb.