1940
The Luftwaffe renews its attacks against Channel convoys and its escorts, with heavy air battles occurring over the Channel. The Germans lose 31 aircraft against the RAF’s 16.

British forces pay increased by 6d per day; privates’ pay up to 17s 6d a week. 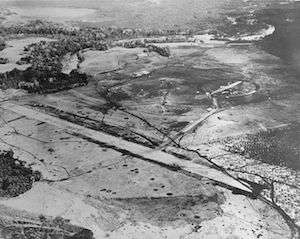 Six convicted Nazi saboteurs who had landed in the United States were executed in Washington, D.C.

The commander of US ground forces, Eisenhower establishes a HQ in the UK.

U.S. Marines take the unfinished airfield on Guadalcanal and name it Henderson Field after Maj. Lofton Henderson, a hero of Midway.

1943
A Royal decree places Italy under a state of siege.

The US Seventh Army lands at Sant’ Agata on Sicily’s north coast to outflank Axis, takes San Fratello Ridge and Sant’ Agata, but fails to cut off German retreat.

American troops complete the capture of the Mariana Islands.

Eight German officers are hanged in Berlin for their role in the July 20 Hitler assassination plot; by February 3, 1945, 4,980 will be executed.