1940
The Italians begin their invasion of British Somaliland, East Africa. Using some 25,000 troops, they push the small British garrison back towards the port of Berbera. 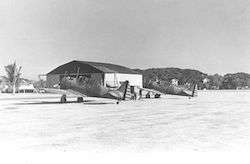 Stimson shows Hull the Magic intercept of Toyoda’s “encirclement” message to Berlin, that Japan and Germany will encircle their enemies, Russia and India.

The United States commits to send arms to USSR

1942
Advance units of 4th Panzer Army cross the Aksay river in their drive toward Stalingrad.

The British government charges that Mohandas Gandhi and his All-Indian Congress Party favor “appeasement” with Japan.

U.S. troops are halted by fierce opposition at Furiano River and at Troina, Sicily.

1944
An RAF Gloster Meteor pilot T. D. Dean becomes the first pilot to destroy a V-1 flying bomb, when he tips the pilotless craft’s wing, sending it off course.

A purge of the German Army is announced. In northern France, the allies take Rennes, Evrecy and Esqutsy.

The 19th Panzer Division crosses Poniatowski Bridge in Warsaw, as the fighting ceases in the suburb of Praga. The Red Army forces a bridgehead across the Vistula at Baranov.

Florence is evacuated by German forces.

Anne Frank and family arrested by Gestapo in Amsterdam, then sent to Auschwitz. Anne and her sister Margot are later sent to Bergen-Belsen where Anne dies of typhus on March 15, 1945.