1940
Churchill warns nation against believing rumours that invasion threat is over.

1941
The Archbishop of Munster gives a sermon in which he calls the Nazi euthanasia program murder. The archbishop is imprisoned in a German concentration camp until the end of the war. 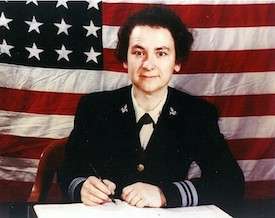 Lieutenant Commander Mildred McAfee is named the first director of the WAVES, becomes the first female officer in the US Naval Reserve.

1943
The Red Army launches an offensive from Belgorod area toward Poltava after the failure of Operation Citadel. The Soviet Voronezh and Steppe Fronts penetrate into Army Group South’s left flank forcing the Germans are to retreat.

Gen. George S. Patton slapped a private at an army hospital in Sicily, accusing him of cowardice.

1944
Hitler orders a counter-attack against the U.S. troops from east of Avranches, in order to re-establish positions on the coast.

General Stilwell’s troops, the NCAC, with the help of reinforcements, succeed in securing the town of Myitkyina in North Eastern Burma, but the 600 surviving Japanese are evacuated after holding out for 79 days.

Soviet spearheads in the area to the east of Warsaw, are destroyed by German counter attacks.

1945
The USN announce on Guam, that the complete blockade of the Japanese homeland has now been achieved.