1940
Vichy French radio announces that laws protecting Jews in France have been dropped.

Alter the ‘voluntary dissolution of all political parties’, President Konoye of Japan announces structure to ‘unite the total energies of the state and people.’

USS American Legion arrives in New York carrying Crown Princess Martha of Norway and a Swedish Bofors 40-mm naval antiaircraft gun to be considered by the US Navy.

1941
The German U-boat U-570 is captured by the British and renamed Graph.

German occupation forces in France round up and imprison hundreds of French citizens after an assassination attempt on pro-German politician Pierre Laval. Laval has been shot at a rally in Versailles, where he is recruiting Frenchmen to fight alongside Germans on the Russian front.

Menzies resigns as Prime Minister of Australia and is replaced McFadden, who under pressure from his political opposition demands from the British, the relief of the 9th Australian Division from Tobruk in Libya.

After demands from the Australian Prime Minister, the British agree to relieve the remainder of the 9th Australian Division from Tobruk. 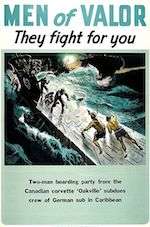 A massive RAF raid against Nuremberg is launched, killing 4,000 civilians and destroying over 10,000 houses.

Germans break through South west of Stalingrad but are held to the north.

A Japanese seaplane catapulted from submarine I-25 and drops firebombs on forests in Oregon, USA.

Japanese daylight attempt to reinforce Guadalcanal fails due to US air attack; they turn to nighttime missions, dubbed the “Tokyo Express” by the Americans.

Off Haiti, US PBY Catalina and Canadian corvette Oakville capture German sub U-94, but sub sinks; this loss will lead the Germans to withdraw Type VII U-boats from Caribbean and Gulf.

1943
The Danish government refuse a German ultimatum, as the sabotage campaign reaches a crescendo.

1944
U.S. troops cross the Marne and take Meaux, 30 miles East of Paris. The last German garrison at Marseilles surrenders to the French, who take 37,000 prisoners for 4,000 French casualties.

The British 36th Division takes Pinbaw, in northern Burma, during a monsoon advance from Mogaung.

First US troops arrive in Japan: 24 C-47 cargo planes land unopposed at Atsugi Field outside Tokyo with 150 troops of the US 11th Airborne to establish an air base.