1939
Britain and France try to persuade Poland to negotiate with Germany, but she refuses.

Armed merchant-cruiser Dunvegan Castle sunk by U46 off Ireland. 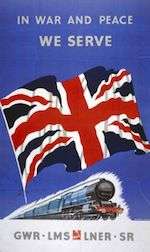 British government takes over railways for the duration of the war, paying Â£43m per annum in compensation to private operators.

The Iranian government under Ali Furughi orders a cease-fire.

The Prime Minister of Japan, Fumimaro Konoye, issues an invitation for a meeting with President Roosevelt.

1942
The Red Army launches counterattacks from the Leningrad pocket against Schluesselburg and the Volkhov front, while the Red Army’s offensive on the Moscow front continues. Zhukov is appointed Stalin’s First Deputy Commissar for defense.

1943
Brenden Bracken, the British Minister of Information, makes the first ministerial statement on Hess since

May 1941 and says ‘Hess came to find British Quislings to overthrow Churchill’, ‘a Nazi of very low mentality’ who ‘babbled like an excited schoolboy’.

1944
The Canadians cross the Seine around Rouen. The remaining 1,800 Germans at Toulon surrender as the French claim a total of 17,000 captured for just 2,700 French casualties.

The British 8th Army renews its offensive North on Italy’s eastern coast. Slowed by rain and mud, the British attack toward the Gothic Line at Pesaro, just north of the Foglia river.

The RAF pounds the Ruhr oil refineries, their first large-scale daylight action over Germany. More than

The last Chindits are evacuated from behind Japanese lines in Burma.

1945
One of the greatest international armadas ever assembled, enters the Bay of Sagami, Tokyo.

B-29 Superfortress bombers begin to drop supplies into Allied prisoner of war camps in China.