1939
Hitler cancels the order for the invasion of Poland on this day. He sets a new date of the 1st September. 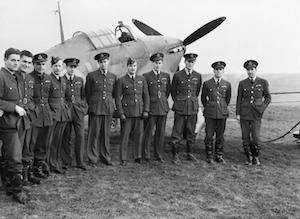 First Canadian fighter pilot in RCAF squadron is killed in combat in the Battle of Britain.

Hitler orders an initial redeployment of two Panzer and ten Infantry divisions from western Europe to Poland in preparation for the invasion of Russia.

1941
Anglo-Canadian and Norwegian commandos land on Spitzbergen, 370 miles north of Norway, to deny the coalÂ mines to the Germans. They destroy installations and mining equipment and evacuate the NorwegianÂ population.

Pierre Laval is shot and wounded by Paul Colette who is arrested.

German losses on Russian Front reach 440,000, more than in the entire war before the 22nd June 1941. ArmyÂ Group North surrounds and destroys the Soviet forces in the area of Velikije Luki.

The Hungarian Army rounds up 18,000 Jews at Kamenets-Podolsk.

British troops complete the occupation of the vital Abadan oilfields in Iran.

1942
The Russians announce that their offensive along the Moscow front has pushed the Germans back 15-20 miles in a fortnight. German successes continue in Caucasus.

1944
After a delirious day of celebrating their city’s liberation from the Germans, Parisians are brought back to reality shortly before midnight when the Luftwaffe stages a vindictive raid that destroys a substantialÂ part of the city’s working class neighborhoods in the northeast.

Allied troops pour across Seine and drive East. The French liberate Tarascon and Avignon in the South of France.

Hitler orders a withdrawal from Greece. Bulgaria, Germany’s ally, withdraws from the war against Russia and declares its neutrality.