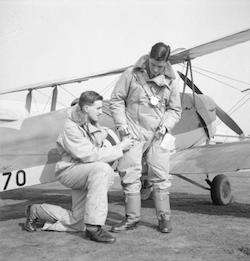 1942
Hitlers orders that Leningrad should finally be captured after a siege which has last a year. The Luftwaffe begins a 48 hours long air raid on Stalingrad, that involves over 4,000 sorties into the city. The city erupts into a sea of flames along its 40 km length as oil storage tanks pour their flaming contents into the Volga. Thousands of civilians perish in the flames. The 6th Army punches a hole in Soviet 62nd Army’s defense’s as the 14th Panzer Corps crosses the Don River at Vertyachiy and reaches the Volga at Rynok, north of Stalingrad. An 8 km wide gap is torn between Vertyachiy and Peskovatka that allows the 6th Army to reach Volga. Hoths 4th Panzer Army is held up by stiff Red Army resistance south of Stalingrad at Tinguta. The Germans make further progress on the Kuban peninsula on the Black Sea. A platoon of 1st GebirgsjÃ¤ger Division hoists the Swastika flag on the top of Mt. Elbrus, the highest peak in the Caucasus. This marks the ‘high water’ mark in the German attempts to secure the Black Sea coastline. Matters for Army Group A were not helped by the increased priority given to Army Group B in its fight for Stalingrad.

A Liberator bomber crashes in a storm on a school near Preston in England, killing 38 children and 22 adults.

King Michael I of Romania dismisses Marshall Antonescu, his head of state and brings his country over to the Soviet side.

1945
The Japanese in Burma say they are now ready to surrender having ‘clarified the position’.

The Japanese official casualty figures from air raids including A-bombs are 260,000 killed, 412,000 injured, 9.2 million homeless, along with 44 cities being completely wiped out.