The last of the British rearguard in British Somaliland slip away in darkness, race into Berbera and embark on the morning. British bombers attack Italian units at Laferug and the airfield at Addis Abeba.

Italian aircraft attack Berbera, but there are no more military targets.

1941
Russians withdraw across the Dnieper River, allowing the 1st Panzer Group to establish a bridgehead across the river at Zaporozhe, in the Ukraine. 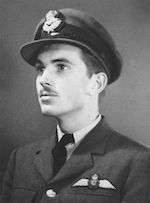 Japan sends a crack army to Guadalcanal to repulse the U.S. Marines fighting there.

1943
Portugal, invoking her 1373 alliance with Great Britain, agrees to allow Allied forces the use of the Azores Islands for naval and air bases.

A U.S. cruiser and destroyer force shells Gioia, Taura and Palmi on the coast of Italy.

The German Seventh Army moves across the Orme but 18,000 prisoners are taken. The Germans begin theÂ evacuations of their troops stationed near the Spanish border and the Gulf of Biscay.

1945
In last air conflict of war, US reconnaissance planes are attacked by flak and fighters over Tokyo, 1 killed (photographer Sgt. Anthony Marchione), the last American killed in the war, 2 Japanese fighters are shot down.