1940
Himmler signs the order that initiates construction of Auschwitz concentration camp in Poland.

1941
German troops cross the Egyptian border and capture the Halfaya Pass, forcing the British to pull back to defensive a line running from Buq Buq on the coast to Sofafi, some 50km in to the desert. The British also begin construction of a major defensive line in front of Mersa Matruh.

1942
The RAF use 107 aircraft in another raid against Rostok.

Norwich is attacked by the Luftwaffe.

RAF Bomber Command again attack the Tirpitz at Trondheim, without success. Wing Commander Bennett who led the raid crashes in Norway, but manages to escape to Sweden.

1943
A report that Soviet troops have executed thousands of Polish officers near Smolensk causes a rift between the Polish government-in-exile and Moscow, jeopardizing their alliance.

1944
Both the Canadian and New Zealand Prime Ministers arrive in London for the Imperial Conference. 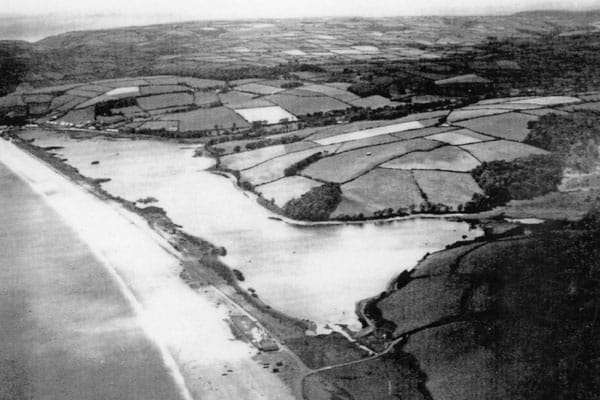 German planes spot an Allied convoy west of Start Point along the Channel Coast. The convoy is actually making a practice run (‘Operation Tiger‘) for the planned invasion of Normandy on a stretch of coast very much like that found in the Normandy region of France. The 5th and 9th Schnellbootflottillers are directed to attack at night, which they do with the following boats: S100, S130, S138, S138, S140, S142, S143, S145, S150. They engage the convoy, consisting of 8 landing craft and protected by the lone English Corvette Azeala at Lyme Bay. The result is that LST 507 was set on fire and had to be given up, LST 531 was sunk and LST 289 received a torpedo hit which killed many soldiers. Total Allied losses were 197 seaman and 441 soldiers lost.

The U.S. Army complete their capture of Hollandia’s airfields and isolate 200,000 Japanese for the duration of war.

1945
Total V-weapon casualties in Britain are announced as 2,754 killed and 6,523 seriously injured.

The U.S. First Army captures Straubing and Kempten in Bavaria.

The Russians take Wittemberge on Elbe. Russian troops reach the Alexanderplatz in Berlin and Spandau is taken. The 2nd Belorussian front advances in Pomerania seizes Prenzlau and Angermunde, 70 miles northwest of Berlin. The German 9th Army tries to reach Berlin from the southeast and even counterattacks at Zossen. The German 20th Army does the same Southeast of Belzig. The German High command confesses that the last German forces in Pillau, East Prussia have surrendered.