1941
The Greek Army surrenders to the 1st SS Leibstandarte Division. Its commander, Sepp Dietrich accepts this, without referring to his superiors. All Greek soldiers were allowed to return home, while officers were allowed to retain their side arms. Mussolini, upon hearing of this is furious and makes the Greeks sign another surrender document with much harsher terms. 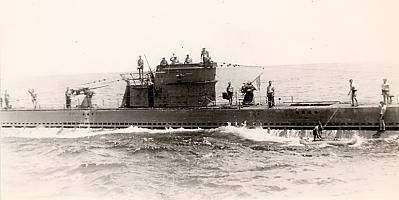 The first U-boat tanker or ‘ Milch cow’, U-459, sets sail for the Atlantic. Her role was to prolong the time that U-boats could spend in US waters by refueling and re-arming them at sea.

1945
The U.S. Ninth Army captures Blankenburg, 80 miles to the East of Kassel. The U.S. First Army take Dessau. The French First Army captures Stuttgart along with 28,000 prisoners and crosses the Danube.

The Soviet 1st Ukrainian Front captures Bautzen and Cottbus 70 miles southeast of Berlin. German troops still hold out in the port of Pillau.

The 2nd Polish Corps which is fighting with the British Eighth Army captures Bologna in co-ordination with the U.S. 34th Division, of the U.S. Fifth Army.