Armed merchant-cruiser Scotstown is torpedoed by U-25 off Ireland, 6 crew lost. The first US arms ship, ‘Eastern Prince’, sets sail for Britain.

Italian bombers attack the French naval base at Toulon.

The British submarine Odin is sunk by the Italian destroyer Strale in Gulf of Taranto. 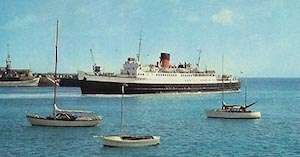 The Luftwaffe carries out a raid on the British naval base at Chatham, but with little success.

Russian news agency Tass, denies German threat on its borders and calls rumors Ã«absurd and obviously sheer hostile propaganda.Ã­ The Russians begin to arrest those in the Baltic States who might support a German occupation. In all, about 50,000 are rounded up, with the majority never to be seen alive again.

1942
President Roosevelt authorizes the creation of the U.S. Office on War Information (OWI). The first director is Elmer Holmes Davis, a CBS commentator and novelist.

German tanks and anti-tank batteries destroy 138 British tanks in and around the Knightsbridge pocket. This left the Eighth Army with only 75 armoured vehicles operational and threatened the main British supply route along the Trigh Capuzzo, which in turn threatened the 1st South African and British 50th Division which were still defending the northern part of the Gazala line. Lieutenant General Ritchie, without informing General Auchinleck, who wanted to hold west of Tobruk, ordered these two divisions to pull back towards Tobruk.

Shortly after midnight on the morning of June 13, four men landed on a beach near Amagansett, Long Island, New York, from a German submarine, clad in German uniforms and bringing ashore enough explosives, primers, and incendiaries to support an expected two-year career in the sabotage of American defense-related production. On June 17, a similar group landed on Ponte Vedra Beach, near Jacksonville, Florida, equipped for a similar career in industrial disruption. However, all are captured within days and six are executed after a trial.

1944
The first V1 flying bomb is launched against Britain during Operation ‘Rumpelkammer’ and hits Swanscombe in Kent at 0418, causing shock and near panic among the civilian population.

Near Villers-Bocage, a single Tiger tank from the 12th SS Panzer Division (Michael Wittmann’s) destroys 25 tanks and other vehicles of the British 7th Armoured Division.