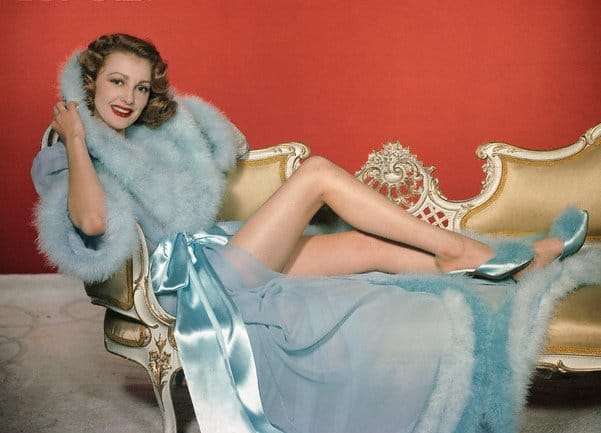 Virginia Grey was born on March 22, 1917 in Los Angeles, California, the daughter of actor/director Ray Grey. Ray was one of the “Keystone Kops” and worked as a director for Mack Sennett. He also appeared on the silent screen with Mabel Normand, Dorothy Gish, and Ben Turpin, among others. He died while Virginia was still a child. Virginia recalled later that one of her early babysitters was Gloria Swanson. Virginia debuted at the age of ten in the silent film “Uncle Tom’s Cabin” (1927) as Little Eva. She continued acting for a few more years, but then left movies in order to finish her education.

Grey returned to films in the 1930s with bit parts and extra work, but she eventually signed a contract with MGM and appeared in such movies as “Another Thin Man” (1939), “Hullabaloo” (1940), and “The Big Store” (1941). She played Consuela McNish in “The Hardys Ride High” (1939) with Mickey Rooney, and in 1942 she was in “Tarzan’s New York Adventure” with Johnny Weissmuller and Maureen O’Sullivan. She left MGM in 1942, and signed with several different studios over the years, working steadily.

During Virginia’s participation in WWII bond drives, she developed a close relationship with John Basilone, a US Marine Medal of Honor winner, who was later killed on Iwo Jima.

Virginia also had an on again/off again relationship with Clark Gable throughout the 1940s. After Gable’s third wife, Carole Lombard, died in 1942 and he returned from military service in 1944, he and Virginia were often seen at restaurants and nightclubs together. Many, including Virginia herself, expected them to marry. The tabloids were all expecting a wedding announcement. It was a great surprise to everyone when Gable hastily married Lady Sylvia Ashley in 1949, reportedly leaving Virginia heartbroken. Although Gable and Lady Ashley divorced in 1952, Virginia’s romance with Gable was never rekindled. 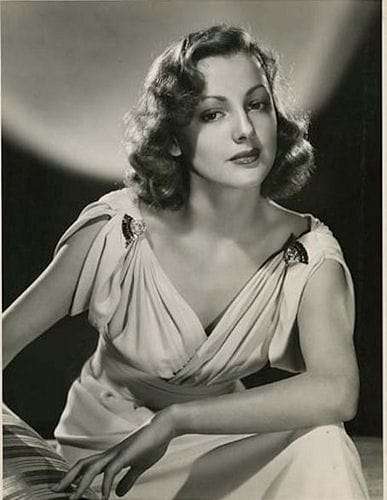 Virginia was a regular on television in the 1950s and 1960s, appearing on “Playhouse 90”, “General Electric Theater”, “The DuPont Show with June Allyson”, “Your Show of Shows”, “Wagon Train”, “Bonanza”, “Marcus Welby, M.D.”, “Love, American Style”, “Burke’s Law”, “The Virginian”, “Peter Gunn”, “The Red Skelton Show”, and many others.
Although never a true box office star, Miss Grey was as indomitable as she was versatile, acting in more than 100 films and 40 television shows — musicals, comedies, adventure films, westerns, and romantic dramas. She retired from the screen in the early 1970s and passed away due to heart failure at the Motion Picture and Television Retirement Home on July 31, 2004, at age 87.