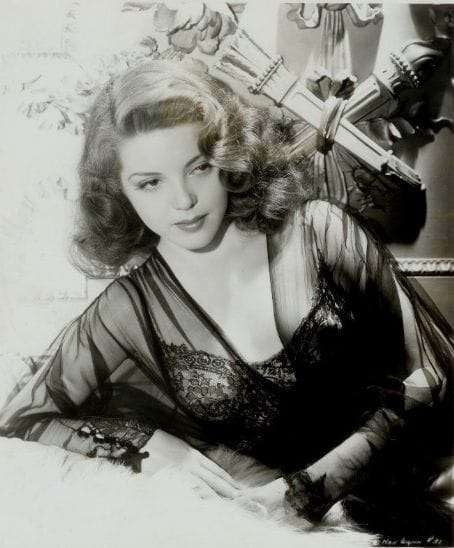 Nan Wynn was an American big-band singer and actress. Born on May 8, 1915 was born in Johnstown, Pennsylvania, and grew up in Wheeling, West Virginia, where she attended high school, and sang in the school choir. Nan Wynn recorded with many well-known orchestras, including those of Teddy Wilson, Freddie Rich, Raymond Scott and Hal Kemp. Wynn appeared in many films, usually as a nightclub singer, with a starring role opposite William Lundigan in the 1941 film a “Shot in the Dark” (1941), as well as appearances in other such films as “Million Dollar Baby” (1941), “Princess O’Rourke” (1943) and “Intrigue” (1947). Wynn is perhaps best-known for dubbing Rita Hayworth’s singing voice in several of 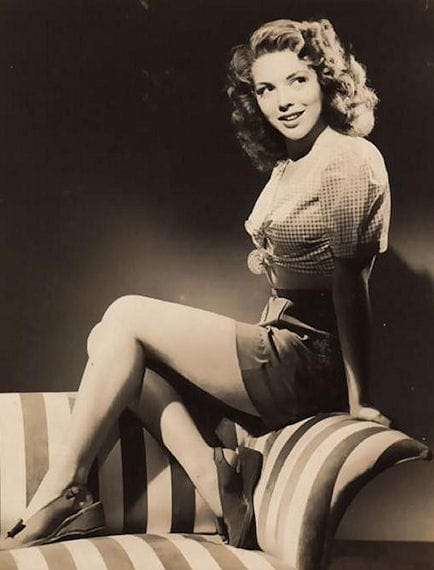 Wynn was married three times. Her first husband, from 1944 to 1947 was producer, writer, and director Cy Howard (Seymour Horowitz). In 1949 she married Dr. Thomas Baylek, with whom she had a daughter, Jane. Wynn was 55 at the time of her death in 1971 she was described as the widow of John Small.

Wynn retired from show business in 1951, following complications and facial paralysis due to her 1949 surgery, and settled into the life of a housewife in York, Pennsylvania. She eventually recovered the use of her facial muscles and became involved in the state cancer crusade in 1959, after which she appeared at American Cancer Society events for several years